Enduring sexual harassment or sex- or gender-based discrimination on the job can make you dread going to work, and leave you feeling trapped. Fortunately, you're not without options. Both state and federal law protects you from an employer's unlawful conduct and gives you the opportunity to take legal action to hold 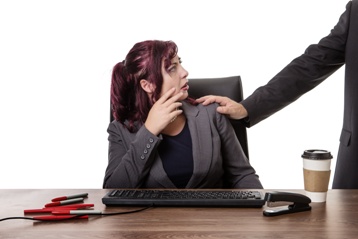 them accountable for wrongdoing.

However, sexual harassment can take a number of forms in the workplace. Identifying the type of harassment you faced—or were exposed to—on the job can provide your employment attorney with much-needed information about your case. Here's what you should know about the different types of sexual harassment and how Bailess Law Firm's exceptional team of understanding employment lawyers can help you fight back against them.

While most survivors can confidently state that what they experienced was gross, degrading, and inappropriate, they may be less certain about whether it actually “counts” as sexual harassment. If this sounds familiar, it's probably because it's so incredibly common. Even people who've been through clear-cut cases of workplace sexual harassment can find themselves wondering if they're “being too sensitive” or “making something out of nothing.” That's the insidious nature of sexual harassment—it can cause survivors to second-guess themselves and what happened to them.

The West Virginia Human Rights Act states that unwelcome sexual advances, requests for sexual favors, and other verbal or physical conduct of a sexual nature constitute sexual harassment when:

What does sexual harassment look like in the workplace? Common examples of sexually harassing or discriminatory behavior include:

People who work in hostile environments often describe their workplace culture as toxic or polluted by sexual harassment and discrimination. Sound familiar? If so, you're not alone. This is the most common type of on-the-job harassment.

Characterized by persistent unwelcome sexual attention, hostile work environment harassment can encompass a wide range of inappropriate conduct, such as:

Quid pro quo harassment, which is named for a Latin phrase meaning, “this for that,” happens when an employer promises to reward an employee for submitting to sexual advances or requests for sexual favors or threatens employment consequences for those who reject them or refuse. These promises or threats can be explicit or implicit.

Though quid pro quo sexual harassment occurs frequently in movies and on television, it's less common in the workplace than its counterpart, hostile work environment harassment.

The idea of reporting on-the-job harassment, discrimination, or retaliation can be frightening and intimidating. However, it's an essential step in fighting back against workplace harassment, as it triggers your employer's duty to act.

We Help Workers Fight Back Against Workplace Sexual Harassment

Bailess Law Firm helps survivors of on-the-job sexual harassment hold their employers accountable and recover a fair settlement or financial award for their damages and losses. Want to find out if we can do the same for you? Contact us today to schedule a time to discuss your case with a member of our team. We'll listen without judgment, help you understand your rights and options, and serve as your tireless advocate. Download our book It's Not Your Fault: How to Fight Back Against Sexual Harassment in the Workplace and don't wait—the help you need is just a call or click away.