When You Are Injured by a Speeding Truck Driver 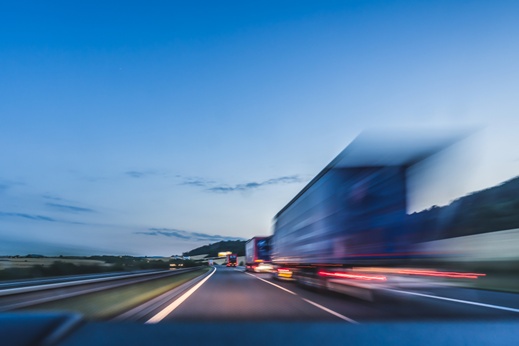 The importance of trucks and truck drivers to the U.S. economy can’t be understated. Without them, many of the products Americans see and buy in stores would not be there. Truck drivers deliver goods, food, and materials used for construction, and according to the Federal Highway Administration (FHWA), trucks are responsible for nearly 70% of all freight tonnage in the U.S.

Because the trucking industry provides consumers with so many essential items, it’s not surprising that the Federal Motor Carrier Safety Administration (FMCSA) reported over 11,000,000 registered large trucks operating on U.S. roadways in 2016. With that many big vehicles sharing the road, wrecks will happen—especially if the truck driver was negligent and speeding.

When You Wreck With a Speeding Trucker

While speeding can be a factor in any type of vehicle wreck, trucks are at a greater risk of wrecking when the truck driver is speeding than is the driver of a car. Not only does a truck need a longer lead time to slow down and stop, but a truck is more likely to roll over on a curve when the driver is speeding. Traveling over the speed limit increases the likelihood of a wreck and can increase the severity of the injuries.

Additionally, a semi-truck that is fully loaded can weigh up to 40 tons. A car, on the other hand, weighs about 3,000 - 4,000 pounds. Wrecks between these two vehicles can leave the occupants of the car with devastating, life-altering, and often fatal injuries.

When you are involved in a wreck with a truck, you’re likely to suffer critical injuries. Because a car sits lower to the ground than a truck, it can slide under the truck during a wreck. This type of “underride” wreck can be catastrophic because those in the car can become trapped, crushed, or even decapitated.

Many victims of truck wrecks suffer injuries that diminish their quality of life, and sometimes they face permanent disabilities. Injuries that often occur in a wreck with a truck include:

Evidence to Help Prove a Trucker Was Speeding

Why You Need a Truck Wreck Attorney

Call Us After Your Truck Wreck

When you’ve been injured in a truck wreck, you need to call a skilled, experienced attorney right away. The legal team at Bailess Law Firm will start work immediately to investigate the wreck, determine liability, and collect evidence to create a strong case. We will work to prove the at-fault party was negligent and that their behavior caused the wreck, breaching their duty of care to you. If your injuries are serious, life-threatening, or permanent, we know the insurance company for the at-fault party will fight to reduce or deny your claim. Contact us today to schedule your free consultation. Let us handle your case, so you can begin moving forward with your life.