Possible Defenses to Expect in an Employment Retaliation Case

If your employer took an adverse employment action against you for reporting unsafe conditions or unlawful conduct like sexual harassment, or 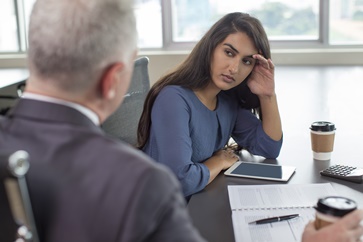 participating in an investigation into such behavior, you may have grounds for an employment retaliation claim.

At Bailess Law Firm, our team of knowledgeable and experienced West Virginia employment attorneys help workers who've faced retaliation protect their rights and recover the damages they deserve. Considering taking legal action against a retaliatory employer? Here's what you should know.

Workplace Retaliation Comes in Many Forms

Employment retaliation protections cover so much more than just terminations and demotions. Learning to recognize the more subtle forms of retaliation is essential. Here are a few examples of employers actions that, depending on the circumstances, could be considered retaliatory:

Don't make the mistake of thinking that your retaliation claim is so clear-cut that your employer will just admit wrongdoing and compensate you for your losses. That's rarely, if ever, the case. Oftentimes, the greater the possible damages, the harder you can expect your employer, their insurer, and their legal team to fight against being held responsible for them. Here are a few examples of common defenses employers use to try to reduce or avoid liability in workplace retaliation cases.

This is a go-to retaliation defense for many employers since they, of course, shouldn't be expected to retain an employee who consistently performs their job poorly. An employment attorney can use previous performance reviews and other evidence to help combat this defense.

Insubordination is another common employer defense, which refers to an employee's intentional refusal to follow an employer's reasonable and legal orders. An employment lawyer can fight back by showing that orders refused were either unreasonable or illegal.

When faced with a retaliation claim, an employer may claim that they took action against a worker for violating company policies against romantic relationships between coworkers. An alternative defense could be that an employee suffered an adverse employment action as a result of harassing or discriminating against others.

Actions Taken Were Similar to Those Taken Against Other Employees

An employer may defend against a retaliation claim by showing that the adverse employment action taken was similar to actions they'd taken against other employees who hadn't reported misconduct, or engaged in other types of protected activity.

Employer Had Legitimate Business Reasons for the Rule or Policy

Even if an employer took an action that had an adverse effect on an employee, they may be able to avoid liability in a retaliation case if they can show that they had a legitimate business reason for said action.

A skilled employment attorney can help combat these and other employer defenses.

Your employer will have strong legal counsel. You should, too. Bailess Law Firm's exceptional team works diligently to build a winning case, which involves proving that:

Talk to Us About Your West Virginia Workplace Retaliation Claim

Workplace retaliation litigation is complicated, but our attorneys are here for clients each and every step of the way. Contact us today to request an initial case review and find out how we can assist you with your employment retaliation claim.